In 1976, the three top college football players in the country were Ricky Bell, Tony Dorsett and a tall good looking quarterback from California named Joe Roth. Bell and Dorsett ended up being the first two picks in the '77 draft. Roth, however, went undrafted…not due to a poor Wonderlic score, injury or scandal, but because he died from melanoma six weeks after he threw his last pass in a college game.

Dubbed "The Golden Bear with the golden hair," Roth came to Cal in 1975 as a cancer survivor, but he downplayed his health history and his death in February of 1977 shocked all those who knew him. In the new documentary that chronicles his remarkable life, Don't Quit: The Joe Roth Story, the dramatic sequence of events that pertain to the return of Roth's cancer are pieced together and show how Roth shielded his disease from friends and family. Former teammate Joe Rose calls Roth's fight with cancer "the greatest secret I can ever remember."

Rose understates the matter because Roth's private battle with melanoma might be the greatest secret in the history of college sports. In short, no one besides Roth himself, knew that the top player at the most glamorous position in the sport was dying during the 1976 season. Even more remarkable is that Roth never used his health as an excuse when his play was questioned and the team, which started the season with legitimate Rose Bowl hopes, finished the year at 5-6.

Those who knew Roth still marvel at the dignity with which he faced death. "Think about what Joe had to deal with when he woke up and put his face on every morning," recalls teammate Ted Albrecht. "He was in dire straits and in horrific pain, but he never let on…the fact that he wasn't going to tell anybody, he didn't want anyone else to worry and 'I can handle this myself' is incredible." Another teammate, Jack Clark, puts Roth's stoicism even more starkly. "You can't ever envision that somebody wouldn't have cracked under that pressure and said, 'I have to talk to somebody. I need an excuse. I need a day off. I need a play off.' I don't know anyone that could've done that…that would've done that." 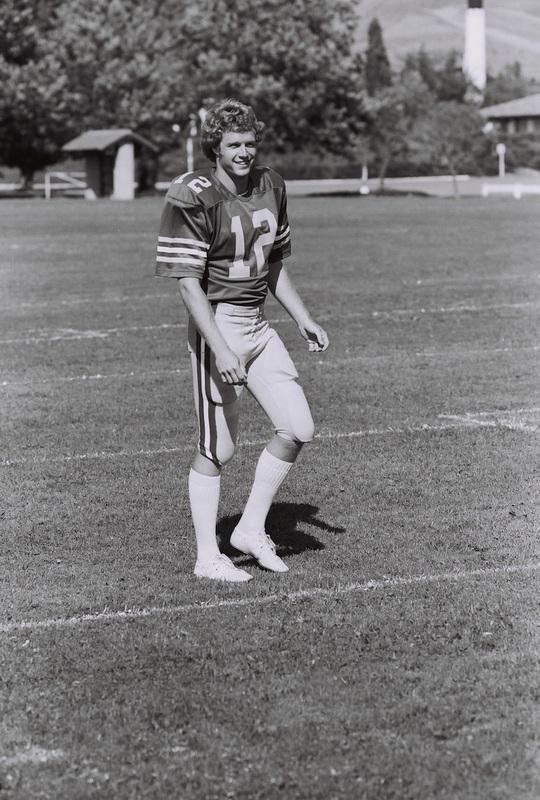 In addition to Albrecht and Clark, the others who testify to Roth's talent and toughness are a Who's Who of College football from the era: Steve Bartkowski, Vince Ferragamo, Don Hasselbeck, Gary Jeter, Rob Lytle, Chuck Muncie and Wesley Walker are just a handful of the players who recall Roth's courage, humility and kindness.

Serendipitously, three gentlemen who would later coach NFL teams to Super Bowl victories, Tony Dungy, Barry Switzer and Dick Vermeil, also appear in the film. Switzer and Vermeil coached against Roth and Dungy became friends with him at the All-Star games following their senior years. Of Roth, fellow quarterback Dungy says: "Joe Roth is probably the definition of an uncommon person. When I was a freshman, the very first meeting, my coach, Cal Stoll, says, 'hey, I'm looking for uncommon men. This is how you win in college football.' And he was talking about being uncommon inside and having the determination and the desire to do things that normal people won't do. And to me, that was Joe Roth." 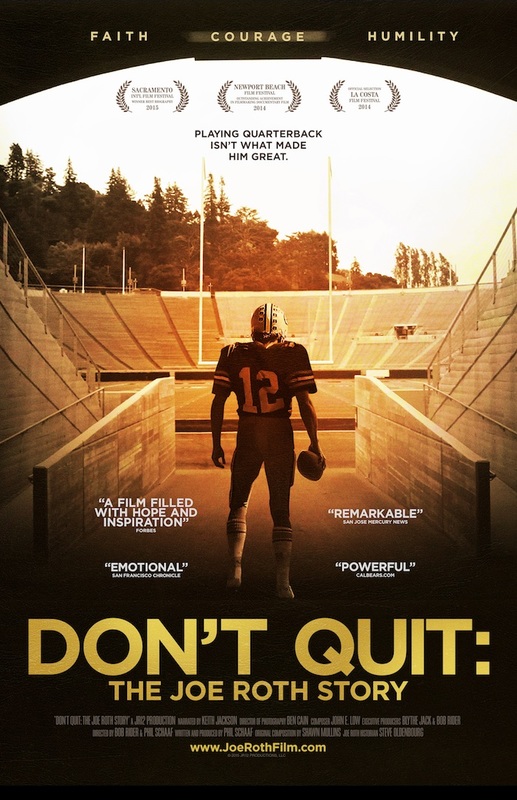 The documentary is the brainchild of Bob Rider, an uncommon man himself. Almost two hundred thousand people have graduated from Cal since Joe Roth last walked on campus and millions more have watched the Golden Bears line up on Saturdays, but only one person decided to give Joe's under-reported story a bigger platform and that was Rider. He and his wife, Executive Producer Blythe Jack, committed to the concept of inspiring a new generation to Joe's example and raising awareness about melanoma, the predatory disease that took his life. It is solely due to their resolve that the documentary has been made. Equally important, they put forth the three principles that guided the production:

With the above guidelines in place, Bob and I met for a cup of coffee at a popular Seattle based chain, put a production team together and hit the road to conduct 60 interviews totaling 100 hours. The resulting 85 minute film took six years to complete and can be described as a story about a guy who played football, as primarily told by football players and coaches, but in the end has nothing to do with the sport. Instead, it is about human elegance in the face of unfathomable adversity that happens to occur against the exciting backdrop of major college football.

As for judgment, the project will be considered a success if it ultimately inspires an individual to be, like Joe Roth, a true friend to his fellow man and/or if it motivates a person to get a suspicious mole, or skin anomaly, analyzed in time for the person to avoid Joe's fate.

Details: Narrated by the legendary Keith Jackson, the film also features an original composition and performance, "Don't Quit," by Grammy nominated recording artist Shawn Mullins. Both the film and song are available on iTunes and on DVD at joerothfilm.com.