You've already made the leap and built a great website. But which typeface did you use? And what does that typeface say about your brand? Here's a primer on modern typeface terminology and what those different type styles can say about your website or business. These typefaces are easily accessible via the Change Fonts menu in the Design tab. 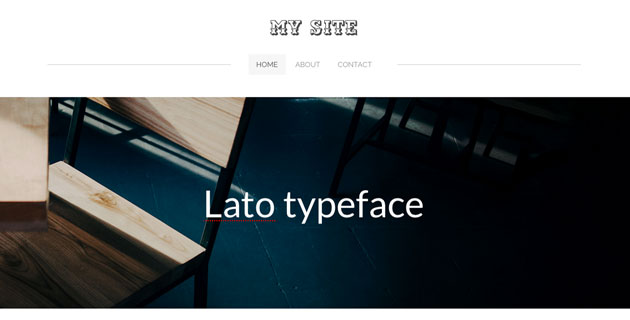 Sans serif typefaces are among the most widely used type styles in website design. Sans serifs include typefaces that do not contain embellishments or serifs at the ends of strokes. Sans Serifs are a popular style because they are often easy to read, have a modern, crisp style and work with a variety of design types. They may have thick, thin or varying stroke widths.
In addition to their popularity in terms of readability, sans serif typefaces are also easy to match to most designs. Use of a sans serif signals to customers that your brand appreciates clean lines, has style and is easy to work with. Thinner stroke widths create a trendy vibe, while bolder strokes often feel important.

Use a regular weight to take the emphasis off the type altogether, allowing it to fall into the rest of the design. Sans serif typefaces can be used anywhere in a design, from headlines and menu elements to the main text style. 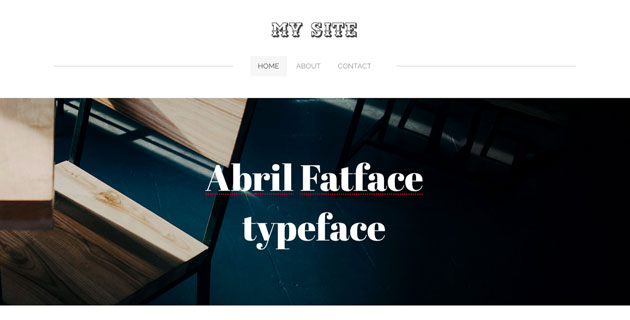 Serif typefaces have been the branding choice of major companies, including banks and financial institutions, for many years. Typography featuring small lines at the end of each stroke are considered trustworthy and more formal than any other type style. Much of this stems from the roots of serif typography — it is one of the oldest types of lettering next to hieroglyphics.

While some designers caution against using serif typefaces in web design, serif fonts can offer a powerful option, especially for larger blocks of type. Serifs aren't used as frequently as other typefaces, so choosing this style can help bring extra emphasis or attention to your website. Serif typefaces can be used anywhere in a design, from headlines and menu elements to the main text style. 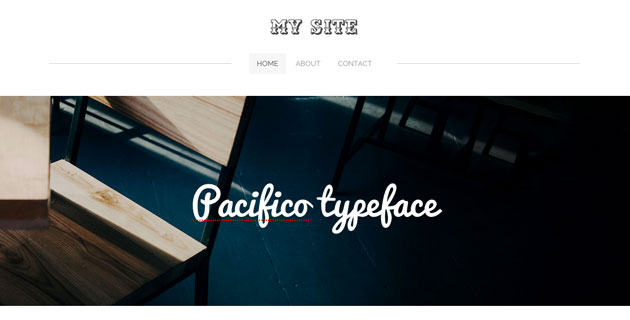 Script typefaces are seeing a dramatic rebirth thanks to the popularity of the handwriting typeface. Scripts are often more decorative and are identified by an almost cursive-handwriting style design. Many brands with a large female audience use script typefaces because the extra embellishment and stroke flourishes have a feminine feel. (A script does not have to have a feminine association though.)

Script typefaces ooze elegance and grace with lettering connected by clean and simple lines. This type style has a more creative feel with a looser, more messy pattern for letterforms. Script typefaces are best suited for larger type in a website design, such as headlines. 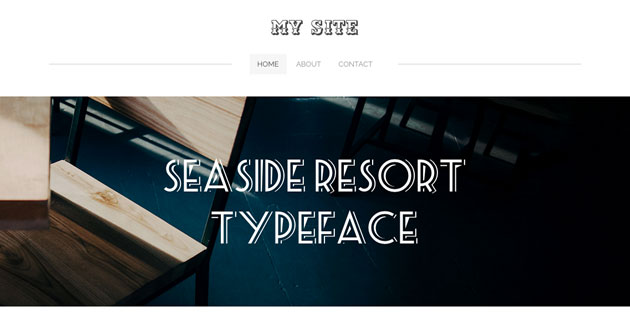 Typography can be broken into a few other categories as well, all of which are used in much the same way for website design—as an accent or as part of a type-as-art concept. These typeface categories include blackletter, novelty and display styles.

Blackletter type styles are reminiscent of the past with heavy lines and elaborate styling. One of the most well-known examples of blackletter type is that nameplate for The New York Times. This style of type is best used for only a few words and at large sizes.

Novelty typefaces are those that just don't seem to fit into any other category and can include unique flourishes or techniques. Novelty typefaces are often used for logos, small blocks of large type or to create a visual element that is more about the look of lettering, rather than its readability.

Display typefaces are bold and work well at large sizes but are rather inappropriate (and unreadable) at smaller sizes. They are often used for headlines and for poster-style designs.

Adding Typefaces to Your Site

When it comes to bringing it all together, you can change typefaces easily from the Change Fonts menu. Typefaces are grouped by category name, so if you know what style you are looking for, browsing fonts is a breeze.

Here's how each style is displayed in Change Fonts:

Let us know how you’ve used different typefaces on your site, store or blog and which ones you like the best!

Seasonal Promotion Tips to Start the New Year with a Bang

Simple Tips to Step Up Your SEO Game