If you've been waiting for the right time to launch your new business, 2016 could be your year.

You may have legitimate concerns about starting something new, and entrepreneurship isn't a risk-free endeavor, but the right business with the right strategy can succeed even in a difficult business environment.

We enter the New Year with a relatively stable post-recession U.S. economy, including improved employment figures, and a hearty venture-funding industry. New technology has made it easier for entrepreneurs to start businesses and compete against bigger players.

While some small businesses worry about the possibility of rising minimum wages and interest rates, among other matters, a recent Bank of America report found that owners' confidence in the economy is rising overall.

Small business owners reported plans to grow their companies and hire more employees over the next 12 months, at a higher rate than in recent years. A large majority expected their revenues to rise in 2016, according to the report, based on an August-September survey of business owners across the country.

“We're happy to say that confidence in the economy has risen dramatically. It's at the highest levels we've seen since the survey began in 2012," Robb Hilson, Bank of America small business executive, said in the report. Loan demand, a key growth indicator, also rose, he noted.

I recently talked to several entrepreneurs to seek their thoughts about 2016, which is expected to be a good year for small business, and for entrepreneurial-minded individuals to launch new ventures.

“I believe 2016 will be a great year to start a small business because technology has leveled the playing field. Cheaper technology has enabled a lot of small businesses to rise in a competitive eCommerce market and I see that trend increasing in 2016," Lisa Chu, owner of Black N Bianco, a kids' clothing business, told me.

Candice Galek, owner of online swimwear retailer Bikini Luxe, offered a similar view, predicting that “2016 will be one of the best years that entrepreneurs have ever had. As a new and successful startup owner I have found that as social media becomes more and more popular every year, it gives companies such as mine the opportunity to compete with giant Fortune 500s. It takes creativity and not just money to create a viral campaign." 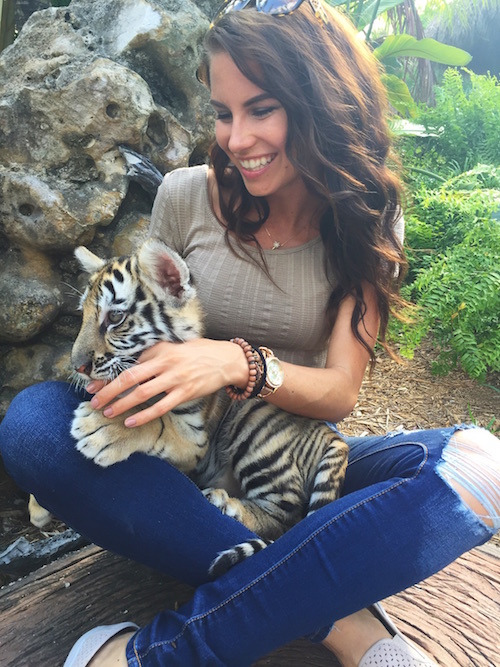 “First, now that the economy is a little better, I'm hearing more from would-be entrepreneurs who are ready to leave their corporate jobs and go out on their own. They've been afraid to do so in the past but now have a more positive view of what's possible," she said.

“Second, as our population ages, I'm seeing more new entrepreneurs in the 45-65 year age range, people who are fed up with meaningless jobs that drain the life out of them. They want to pursue their own potential, be their own boss, and design a life that contains more creativity and freedom," Greenstreet explained.

Franz Klesitz, founder and CEO of social media firm Vyral Marketing, based in Omaha, agrees that technology has lowered barriers to starting a business.

“Anyone, anywhere can identify a niche market on Facebook, YouTube or AdWords and run inexpensive advertising to it with an offer," Klesitz said, adding that “big data" makes online advertising more efficient. “For a few hundred dollars of advertising you can quickly test any product or service offering."

Other positives that Klesitz cited include the availability of free training for setting up an ad to drive traffic to a simple website, and the opportunity for almost anyone to create a polished website with easy to use platforms. Business owners can also post inexpensive surveys to find out what people in their niche want. Those offering professional services can use sites like Upwork.com attract clients, he noted.

“If you need a referral or recommendation to get new business, just ask an influencer to send an email to their database or update their social media about your great product or service," Klesitz suggested. “In years before, it cost you a fortune to test the market. That is no longer the case. All you need is the motivation, behavior and intelligence to find a problem not solved as well as it should be, and then create the best product or service to solve it."
​
Franchise consultant Jim Judy also was bullish about the new year.

“2016 will be a terrific year for entrepreneurs. The Small Business Administration is coming off of a record year for loan amounts. Mergers and acquisitions will continue, meaning many talented and financially sound executives will say goodbye to corporate America and hello to small business ownership," Judy said. “Work-life balance will remain a front-burner issue as young people look to design their own lives as entrepreneurs."

Jeff Stoller, author of You Want To Be An Entrepreneur: Success Requires More Than Just A Good Idea, said that “every year is a good year for entrepreneurs if you pick the right business and execute well. In a severe economic downturn, start a business that helps people who are having financial difficulties — then execute well — and you could have a good year."

It's true that a sour economy won't necessarily stand in your way if you have a sound business plan and a product or service in high demand. Some of the country's most successful companies – Procter & Gamble, IBM and General Electric, to name three – started during economic downturns, as CNN notes.
A steady economy, however, certainly offers more fertile ground for entrepreneurs. While economic indicators may not be uniformly inviting, the 211,000 increase in payroll employment and stable 5 percent unemployment rate reported in late 2015 should provide entrepreneurs with at least some degree of reassurance.

The venture capital environment also was healthy in 2015. VCs invested $16.3 billion in 1,070 deals in the third quarter — the top 10 deals embraced seven industries — although total venture dollars invested declined by 5 percent and the deal count fell by 11 percent, according to the National Venture Capital Association and PricewaterhouseCoopers.

Your readiness to make your entrepreneurial move may be the biggest question for 2016.