Caesar Chu proves that inspiration and entrepreneurial opportunity are often carved from unlikely places. Caesar not only invented The Whiskey Ball, but turned his creativity into a successful side business by devoting just a few hours each evening after work. Now he gets to share his invention with the world.

The idea for The Whiskey Ball first crossed Caesar’s mind while traveling in Asia. One night he saw a bartender serving cocktails with over-sized ice spheres sculpted from a raw block of ice. He was instantly inspired, but stuck. Caesar knew people would love to create these speciality cocktail balls themselves, but how could he create an affordable and functional solution?

The idea became reality one Easter when his niece handed him a plastic Easter egg. Caesar realized that if he drilled a hole in the top of the empty egg and filled it with water he could create an egg-shaped piece of ice – applying this concept to a circular shape eventually lead to the invention of The Whiskey Ball. 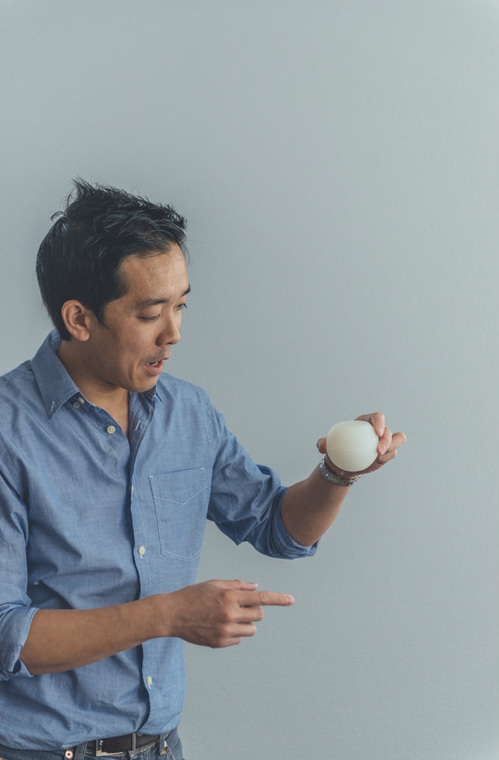 You will only learn by creating something and testing it out.

Driven by the desire to help other people solve day to day problems, Caesar decided to turn his invention into a real business. The Whiskey Ball progressed through several prototype stages before reaching it’s final form, and it was through this iterative growth that Caesar not only designed a better product but also tested and validated the demand for his invention.

The blend of science, functionality and form that helps The Whiskey Ball sell to a large audience was made possible by Caesar’s philosophy of creation. Fear hinders the creative progress, and Caesar’s trademark progressive iteration is only possible by overcoming that fear. For Caesar, it’s better to push an idea out into the world to see if it can survive than to hold onto something with a misguided belief that it must be perfect before it’s public.

As an inventor and entrepreneur with a day job, Caesar continues to face unique challenges. He remains inspired and motivated by a passion for creating and selling products that people can use and enjoy.