Everyday routines are developed out of habits formed over time. Forming new habits can seem daunting, but understanding the nature of how habits work and tracking your progress can make all the difference.

Habits are formed by repeating the same action over and over. Since everyone's habits develop differently, it's important to understand the triggers that occur just before you perform a habitual task (or habitually avoid a task—a.k.a. procrastination). Tracking success with a habit tracker app can help you see progress as you develop new routines.

Each of the following habit tracking apps was built based on principals presented in Jerry Seinfeld's Productivity Secret and Charles Duhigg's The Power of Habit. These apps include a variety of features including a strong visual view of habit progress, reminders, graphs and data backup.

​The HabitHub (formerly Rewire) is a well-designed habit tracker app for Android. The free version allows users to track up to five habits in the free version. Habits can be set for a fixed time (e.g. once a day) or on a flexible schedule (e.g. three times a week). Reminders can be scheduled in a similar fashion. A reminder for each habit can be set for a specific time of day. An adaptive reminder can be enabled if you want to be reminded when the habit has not been checked. 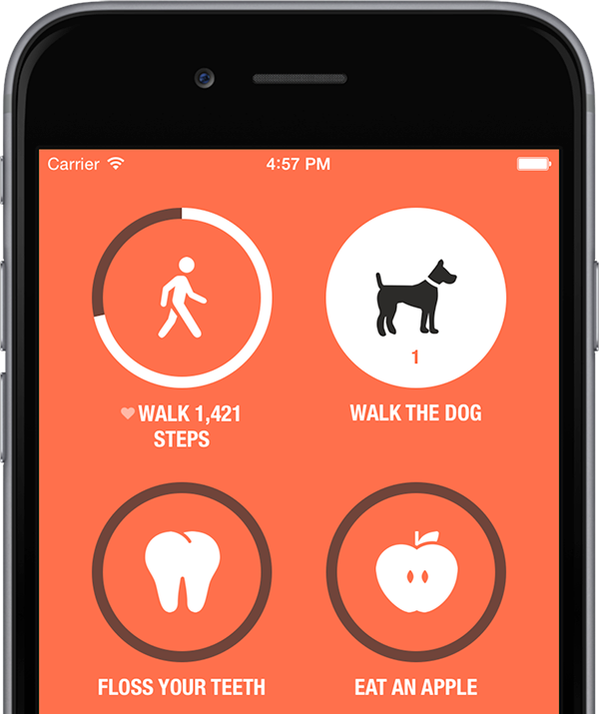 STREAKS is a minimalist habit tracker app for iOS. It supports tracking of up to six habits. Flexible tracking options allow you to set daily goals or choose a more flexible option (e.g. three times a week). Checking habit completion progress is easy—the simple layout uses easy-to-read circle graphs to show completion status. You can even mark items complete from an Apple Watch. 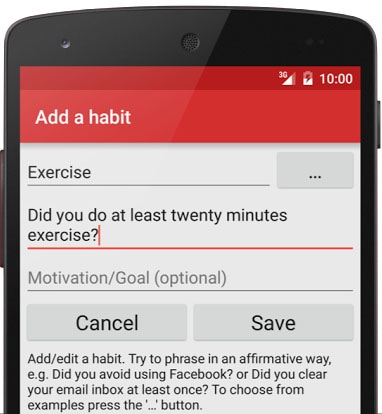 Habit Streak is a minimalist habit tracking app for Android. It supports regular reminders to complete habits and shows a daily completion status. You can set up custom tasks or choose from a list of pre-defined tasks. The app supports a single daily reminder to complete tasks. Additional features in the pro version include cloud back up, add to calendar, graphs and widgets.
​ 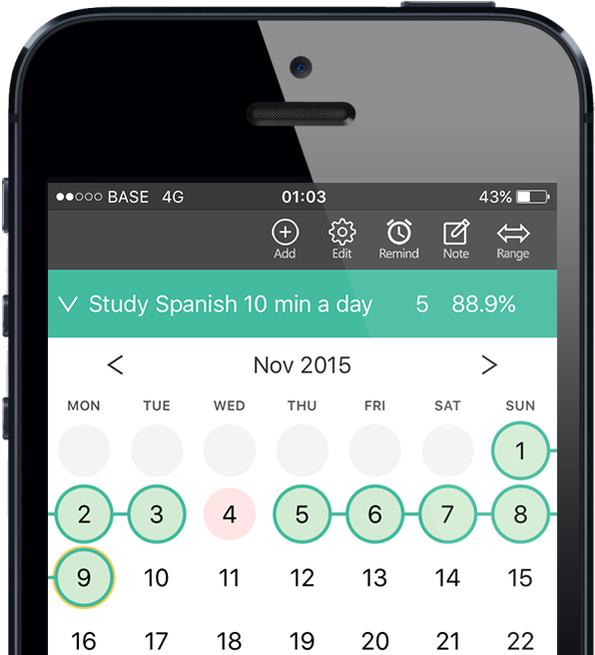 Habit Bull is a feature-packed, cross-platform habit tracker for iOS and Android. You can back up information and sync across devices to help keep your data up-to-date. The app also includes flexible tracking for each habit (e.g. once per day/hour/week/month). You can choose from a large list of pre-defined habits or create your own. Or set flexible reminders for each habit. There are even graphs to help chart your progress.

No matter which app you choose, experts recommend starting small with one or two anchor habits. Building upon past successes, you can begin to add more habits to your routine. The more often you perform that task, the easier it will become to complete (especially when you're not in the mood). Setting up great routines can help you manage your business and your life.