If you want to succeed at crowdfunding, you need a good campaign video. These short clips have become essential on websites such as Kickstarter and Indiegogo, enticing viewers to support everything from books and movies to wearable tech and vegan doughnuts.

Jerry Needel, Indiegogo's senior vice president of sales, says campaigns with videos raise 114 percent more than those without them. “Creating a video that is authentic, personal and simple inspires contributors and is an important part of every successful campaign," Needel says.

Crowdfunding expert Chris Hawker says a video is typically the first thing a potential supporter views on a website. “The video is absolutely the most important piece of the campaign beyond the product and the marketing strategy," says Hawker, who has used crowdfunding to raise money for his own inventions and served as a crowdfunding consultant for others.

So how do you make sure you get this critical piece right? Here are five tips that can help you put together an effective video without breaking the bank.

With so much at stake, you may feel pressure to hire a production house to help with your video. That can prove costly, however—$10,000 to $15,000, according to Hawker—a figure that's beyond the reach of many entrepreneurs and small business owners.

But experts say you don't need to go to film school to create a good video. A simple, DIY clip can be just as effective as one with all kinds of bells and whistles. In fact, experts say keeping it simple should be your top priority. Be clear, concise and consistent; engage viewers right away; and keep your video short—typically between two and four minutes. 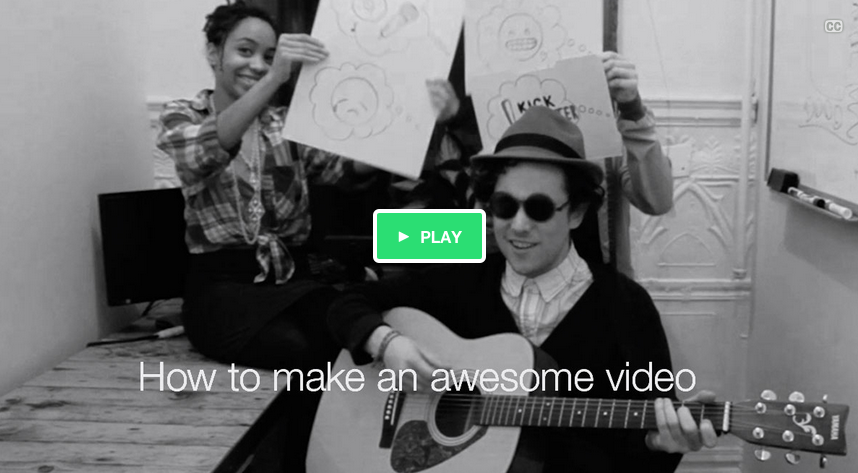 “Just sit in front of the camera, press record and let it go," recommends Kickstarter CEO Yancey Strickler in a video posted on the Kickstarter website.

Pretty much all backers want to know a few important details about your organization or product. It's a good idea to introduce yourself and your team and tell the story behind your project, as well as share the progress you've made so far. Backers also want to know when you expect to complete your project and send out rewards (most crowd-funding platforms are rewards-based). Also be sure to include photos of people your campaign will help if you're a nonprofit or images of a prototype if you're developing a product.

Your video is a great way to build a personal connection with backers, an important component of a successful crowdfunding campaign. Look into the camera and show your passion, explaining what motivates you and why your campaign is important and impactful.

This Kickstarter video by Jeremy Koreski, an outdoor photographer from British Columbia, Canada, is an excellent example. You probably won't have such beautiful images to feature in your clip, but you can replicate the straightforward and sincere way Koreski talks about his project.

You can give yourself more credibility if you include comments from others talking about why your product or cause is important. Don't shy away from mentioning existing press coverage you've already attracted or the dedicated fan base you already have.

Jibo ("the world's first social robot for the home") subtly incorporated media blurbs in its Indiegogo video, for instance.

This should go without saying, but experts say too often crowdfunders use music, images and other copyrighted content they don't own in their videos. To help you avoid this problem, you can rely on a couple of good resources: YouTube's audio library of free music and Flickr's Creative Commons photo database.