Producing a physical good is one of the most expensive undertakings for a solopreneur. I've dreamed of being a self-published author since I began my career in 2009, but I didn't have the courage to get started until I considered crowdfunding.

In 30 days, I raised more than $20,000 on crowdfunding site Kickstarter to publish my first book. In fact, I published an entire four-title children's book series all at once!

Self-publishing a book series was quite a process, and it began well before the crowdfunding campaign launched. There are six key lessons every solopreneur should take into consideration when crowdfunding.

Solopreneurs are used to working, well, solo. Crowdfunding is a community effort, though, and it takes collaboration to get it right, unless you're an expert in product design, marketing, videography and communications. As a writer with a background in marketing, I knew how to put together a good story, but I was lacking in two departments: Design and videography. I knew how to write a children's book, but I was not an illustrator and needed assistance creating a great crowdfunding video, one of the must-haves for a compelling campaign. That's where illustrator Li Zeng and technologist Dan Ndombe came in. Li illustrated the books and Dan filmed and edited the video and even created the website.

If you're serious about crowdfunding, consider teammates who can put some oomph behind your campaign. That being said, if you're a Swiss army knife, by all means, keep it solo! 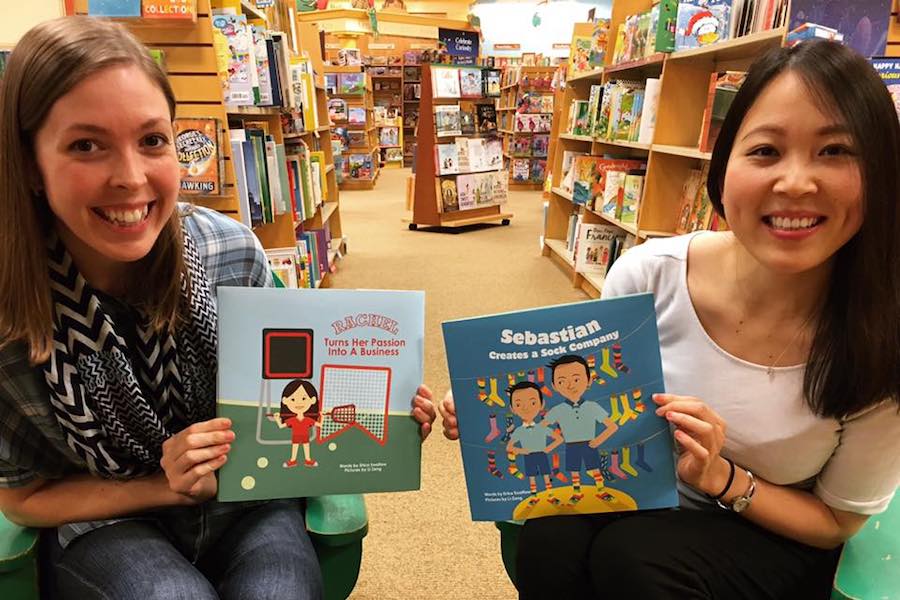 Crowdfunding is a low-budget and minimal-risk way to test a product in the marketplace. Once you've decided crowdfunding is a viable option, engage early product testers. These early testers will likely become your first backers. It's important to have substantial backing in the first 48 hours of your campaign, as early traction is a key predictor of campaign success. The first and last week of your campaign represent nearly 70 percent of all funds received. Thus, you should aim for at least 25-30 percent funding in the first week.​

The best way to ensure early traction is to build a following — on social media, email and in-person — prior to the start of your campaign. For our book series, we engaged an early reader group of 50 parents, entrepreneurs and kids to give feedback on storylines and illustrations.
​

Before launching our campaign, we compared successfully backed campaigns as well as live campaigns in the Children's Book category on Kickstarter and the Writing & Publishing category on competitor crowdfunding site Indiegogo. We learned quite a bit about average pricing, campaign goal size and number of backers. We also gathered insights on what types of products were most popular: Paperback or hardcover? Physical book or e-book? Just the book or book plus auxiliary products?

Surprisingly, the trends were quite strong across campaigns and some were contrary to our assumptions. Always do your research before launching your own crowdfunding campaign.

Choosing a campaign goal and pricing rewards is tough, but it's possible once you've done research on estimated costs and market demand (for example, how much people have pledged towards similar projects in the past). For our project, we needed to get printing quotes, consider all expenses, and estimate demand based on our early readers list and similar projects. We came out pretty close to expectations, it turns out.

Simple math can save a lot of heartache.

5. Plan for press and community engagement

The two biggest drivers for pledges in our campaign were Facebook posts and emails to our early readers list. Likewise, hitting new milestones and gaining press that stemmed from those achievements gave us ample reason to post on social media and send emails. Our community celebrated with us along the way.

We began building our social channels and email list about six months prior to launching the campaign and engaged our growing community in conversation around the topic of our books — youth entrepreneurship. Likewise, we spoke at events and gladly accepted press inquiries, which helped build our early readers list.
​
Build a press list of local and national reporters who may be interested in your project and start your social channels as early as humanly possible!

Choosing the right rewards levels can make or break a campaign. Think strategically from the start and determine if there are ways to land a handful of large backings. These oftentimes have to be planned prior to the campaign; it's possible to predict community interest with surveys and conversation. Our campaign included two big-ticket rewards: $800 for a U.S. speaking engagement and signed book series, and $1,500 for an international speaking engagement and signed series. We had one backer at each level and also formed a partnership with entrepreneurship development network The Conductor to provide a series to every local library in the surrounding county. That's 20 sets, or 80 books total. These large-scale partnerships enabled us to reach our goal faster.

Are there big-ticket rewards that may interest your audience? Think about ways you can land pre-campaign interest in these rewards levels prior to launch.

Raising the funds needed to launch a dream project was, to say the least, a dream come true. It took planning and skill, but it's possible!

Post-campaign, eCommerce is an important aspect of continued growth for the series. We launched the Entrepreneur Kid website in order to facilitate post-Kickstarter orders and offer future Entrepreneur Kid products to readers. We're big believers in having a central place customers can learn about your goods.